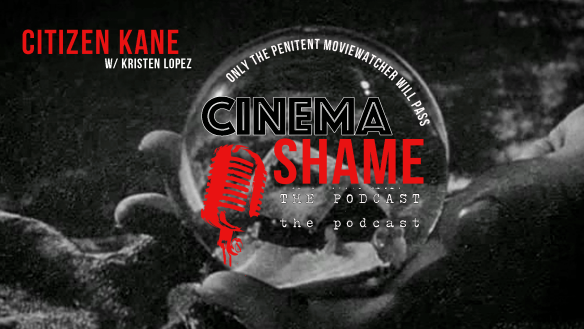 Kristen Lopez confesses her dirty little secret to the world. She was a film writer and pop culture commentator that had not seen Citizen Kane. She joins James to confess and correct her shame. In this 90-minute conversation Kristen and James exorcise some demons and confront Citizen Kane’s place in film history, film criticism and popular culture. Is it possible to truly appreciate Citizen Kane without a proper cinematic education?

Music Contained in this Podcast:

Recorded in December 2017. Copyrights are owned by the artists and their labels. Negative dollars are made from this podcast.